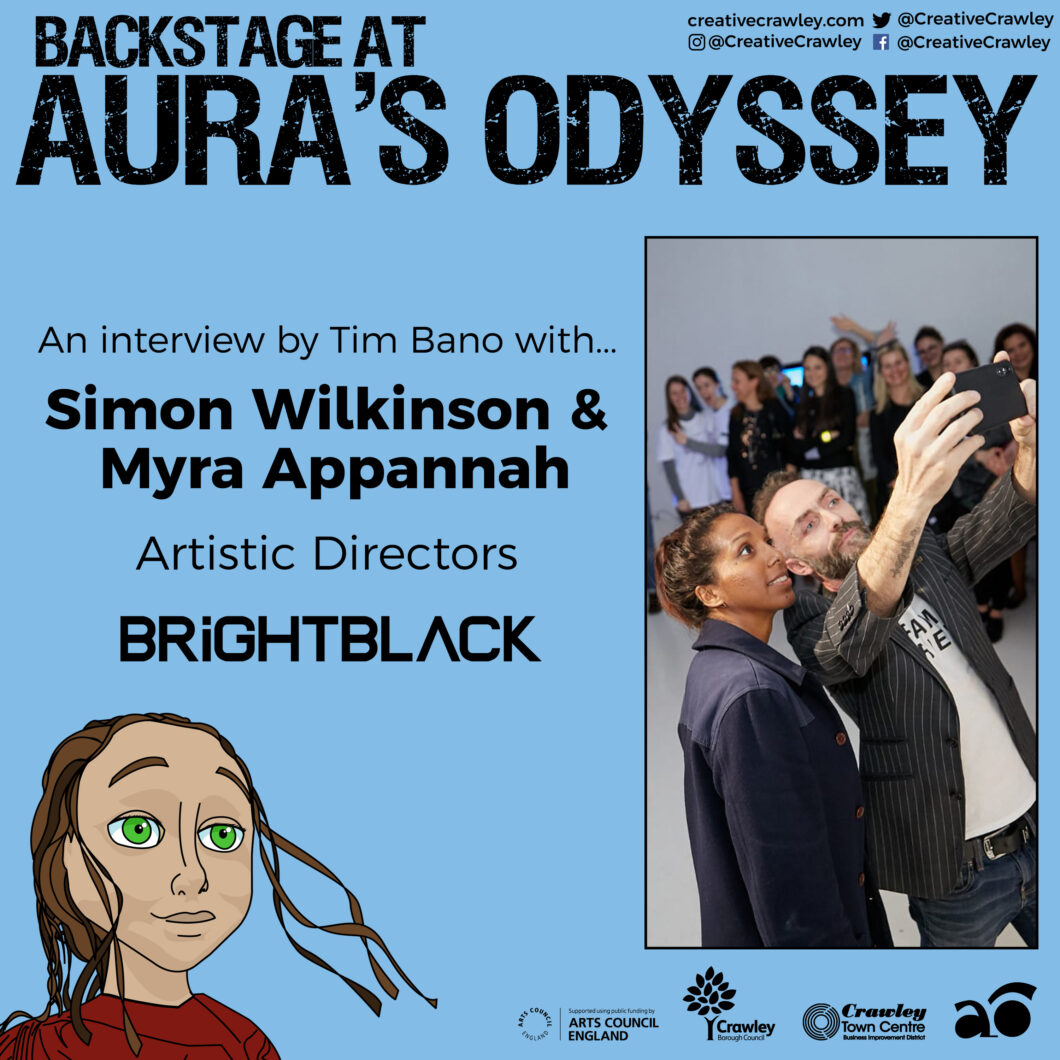 Listen to the interview here.

We met while working on a show together in 2018. We had between us made two of the largest-scale virtual reality shows in the world. As we talked we realised that while audiences for art forms like theatre and cinema had been in decline, video games had become the most important cultural medium. It’s where more and more people are going for their stories. They work during the day, and then they are free to explore these adventures where they are the heroes of the story, where they have agency.

So with Bright Black we incorporate the best of video game technologies into story worlds. We’re working with institutions like the Royal Shakespeare Company, but also companies like Epic Games and Unreal Engine, joining those two worlds to open up a new space which isn’t dominated by established hierarchies and impenetrable networks. Where young people and marginalized people cannot just experience new forms of culture but can help make it as well.

Often art is about the artists making content for everyone else to consume. Whereas with video games, if you think about Minecraft for example, it’s a system which allows the audience to be really creative. What we’re trying to do is to tip the balance, so that it’s more about our audience as creators.

We’ve been working with Creative Crawley to provide creative workshops for young people from seven to eighteen to imagine their ideal world. The younger participants create characters out of physical materials like plasticine or drawings, then we use animation software to bring those characters to life and put them into a beautiful, colourful game world that they’ve imagined.

We’re also working with elders in the Chagossian community, who have been forcibly displaced from the Chagos Islands. We’re taking notes and recording stories that come up about home and using that as inspiration to create another world which is theirs. It’s really cool because the technology itself is quite alien to them.

For Aura’s Odyssey we’ve decided to take snapshots of moments in the world that the participants have created and turn them into physical postcards.We were thinking about the Air Mail letters that Myra used to have in the house, which was the only way her mum and dad could communicate with family in Mauritius. Later, her parents would send postcards back to her. So we’ve turned a digital world into these beautiful, tactile postcards to give to Aura.

Simon and Myra are Artistic Directors at BRiGHTBLACK. You can find out more about Aura’s Odyssey here.