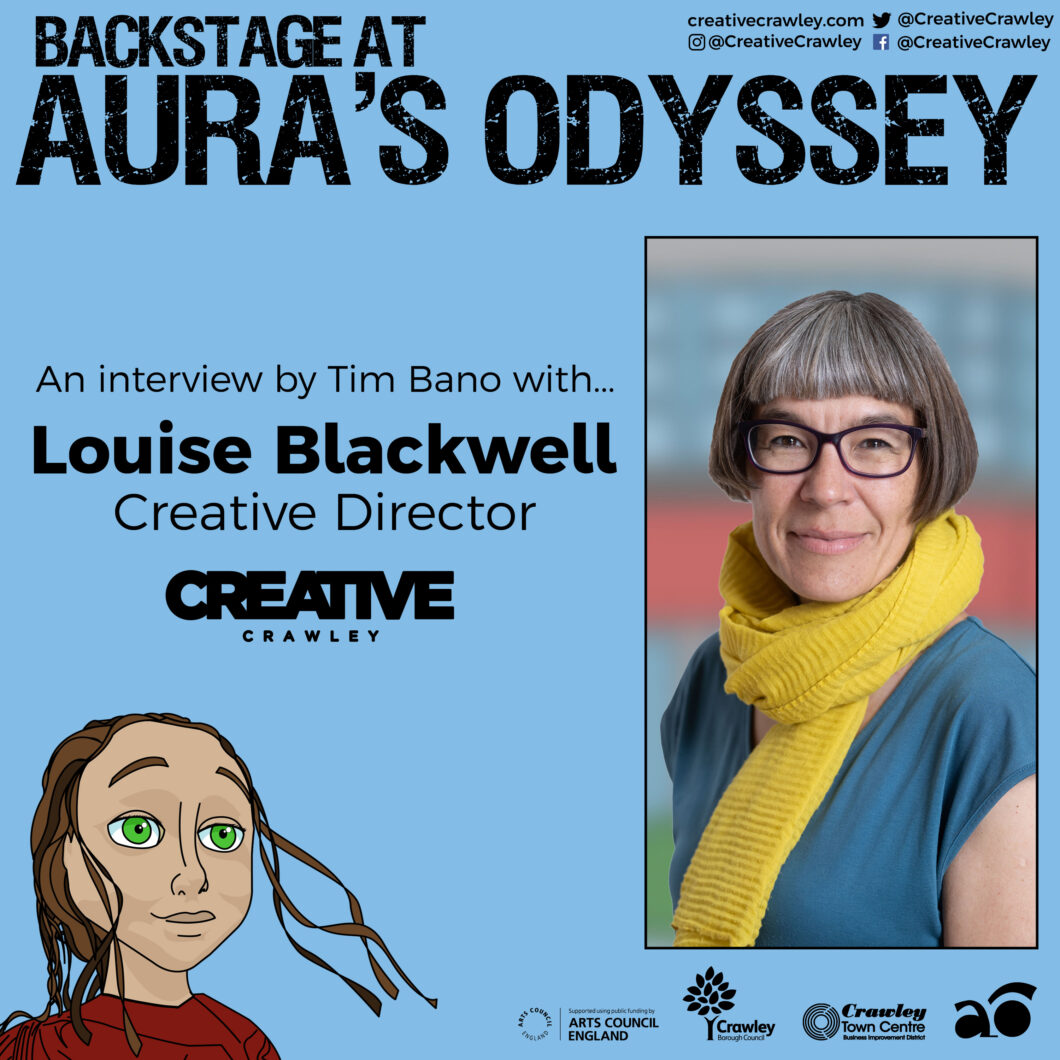 Listen to the interview here.

I’m a Crawley girl born and bred. I was part of a local dance troupe called The Jordanaires but when I was growing up not much was happening here in terms of arts and culture, and I moved away when I went to university.

But I came back to Sussex because I was really keen to think about locality and my own doorstep. It’s fascinating for me to look at my hometown through a completely different lens. Now I see Crawley as a kind of canvas for art and culture, which didn’t seem possible when I was 16 or 17.

I run a relatively new arts charity called Creative Crawley. It developed out of a series of conversations with local people about what was missing from the arts and culture scene in Crawley. The arts infrastructure doesn’t connect together currently, so I saw a gap for an organisation that could be the glue to pull together support for local artists and audiences and also to raise the profile of the town. We have the benefit of our geographical location halfway between London and Brighton, with Gatwick Airport on the doorstep. The potential is huge.

We’ve been running a programme called Enliven, funded by Crawley Town Centre Business Improvement District, encouraging people to try out different sorts of creativity. In August it will culminate in a festival called You’re Welcome where a five metre tall puppet called Aura will start a journey from Gatwick Airport and travel through Crawley, being presented with gifts and artworks, and being met by artists.

We were thinking about the fact that migration is in the DNA of Crawley’s existence. There’s an incredibly diverse community here, and of course there is its proximity to Gatwick, so celebrating the fact that Crawley is a welcoming place for different people was where the idea for this season came from.

This kind of thing hasn’t happened in Crawley before. So many people are getting involved, people are hungry for it. One of the things we will be presenting to Aura when she arrives is a giant blanket made of around 200 squares all created by local people. All the squares are spoken for now. It’s incredible. They’ve gone to schools, organisations and loads of individuals.

I’ve been so embroiled in the logistics of it, communicating with the Council about road closures and talking to Gatwick Airport where Aura is starting her journey, that I had almost forgotten that soon people will be experiencing and hopefully loving it. But when I was walking up and down the High Street the other day and telling people about the programme they were so excited. They said ‘this is amazing, I’m going to bring my kids’. I thought, ‘brilliant, that’s the point of it, that’s why we’re doing it’.

Louise is the Creative Director of Creative Crawley. You can find out more about Aura’s Odyssey here.

Image of Louise by Hugo Glendinning