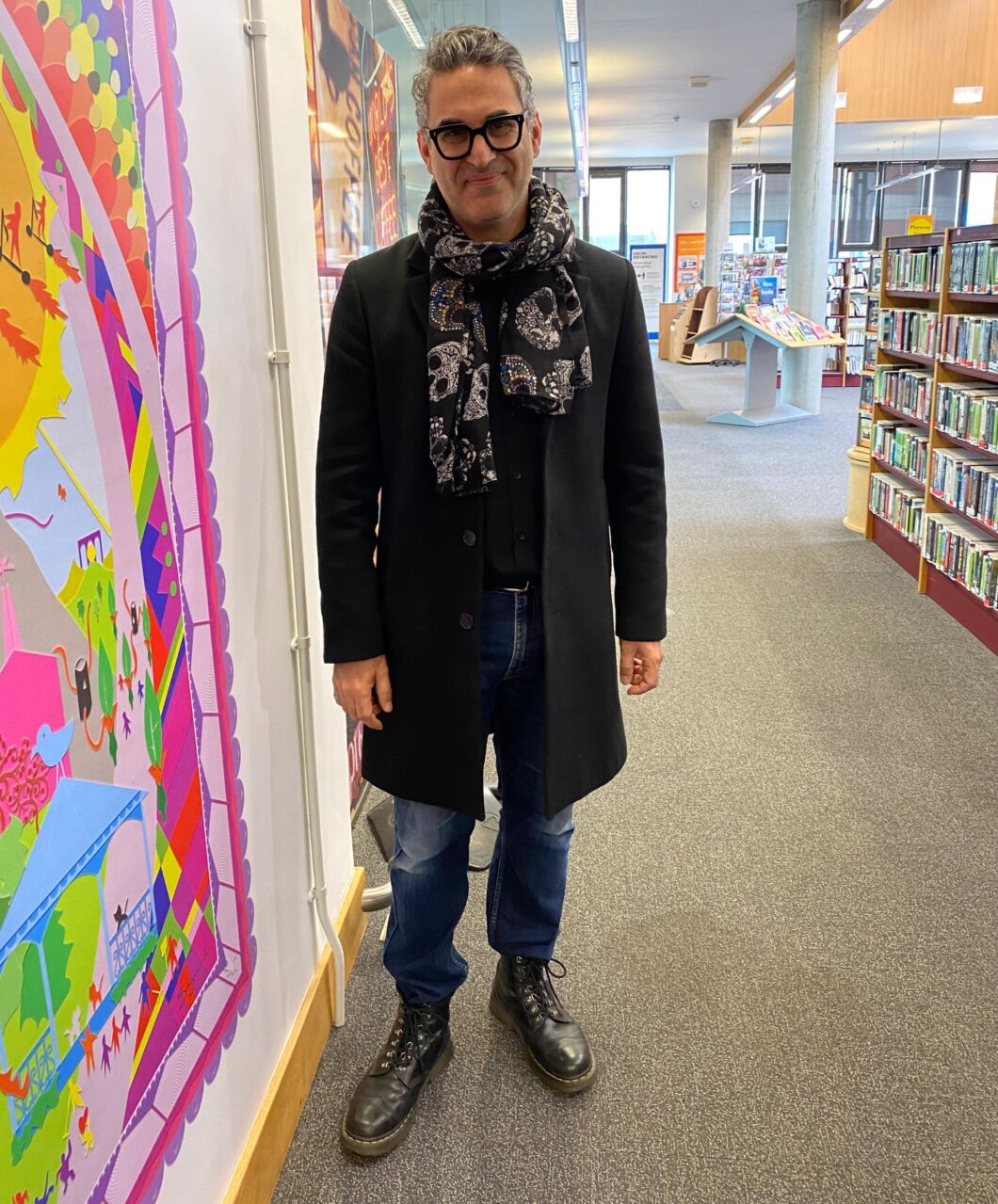 The Lookout Mural at Crawley Library

As part of Andy Field and Beckie Darlington’s project; Lookout  we have commissioned an illustrator to interpret the dreams, thoughts and ideas about Crawley’s future and convert them into a permanent mural that will exist on the wall at the entrance to the children’s library at Crawley Library.

Local artist Karl Singporewala has created a mural inspired by the children from Seymour Primary School who took part in the Lookout project. The mural officially launches on 28 May at midday but is available to see at the library from 28 April 2022.

Image of Karl Singporewala and a sneak peek of the mural.